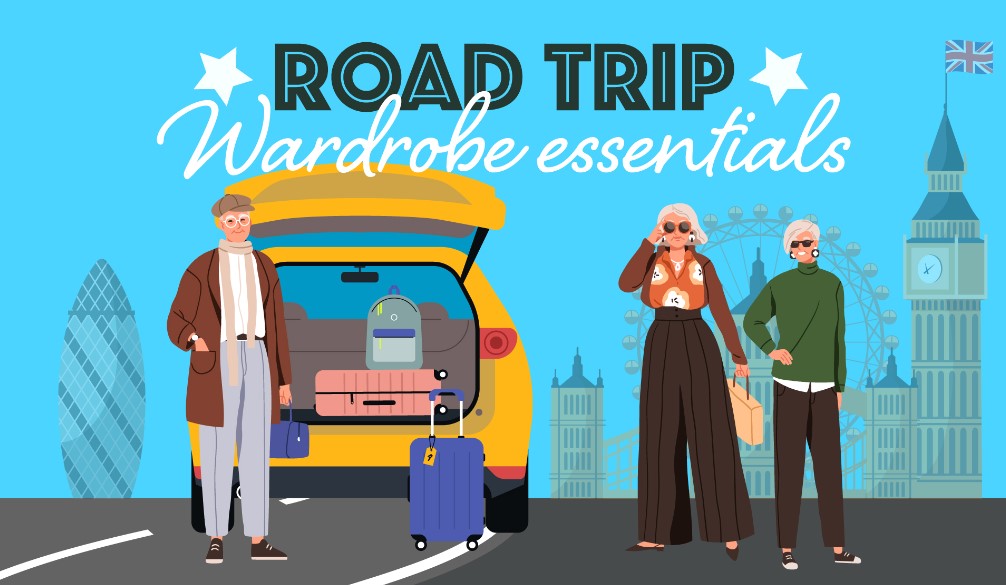 Over eight in ten UK adults aged 45 or above are likely to or at least contemplating taking a road trip in the UK – and who can blame them following months of travel chaos and record breaking heat waves earlier this summer.

This comes despite prices for petrol and diesel reaching an eye-watering, all time high earlier this year, although thankfully the average fuel price has begun to slowly fall over the last few weeks.

In fact, according to the same research, cost of fuel for any potential trip is actually the fourth least important factor according to respondents – with destination, accommodation and the weather were ranked as the top three.

Although half of those surveyed  did say the current fuel prices would impact the distance they were willing to travel on any potential trip, while just under 30% said it would make them reconsider how many days their trip was.

According to clothing brand Chums, the company behind the research, the average fuel cost for their themed road trips was just over £70. With the most expensive trip costing just under £95 for a journey over 650miles.

The company surveyed UK adults aged 45 or above in order to determine what they look for as part of the perfect road trip.

Using that data to then plan  out five ultimate road trips, each with their own distinct theme. The different themes were chosen by respondents from a list of 15, with the top five being Historical, Relaxation, Family, Scenery and Wildlife respectively.

The trips have been given the moniker of ‘Route 66+’ in a tongue and cheek nod towards the infamous US Highway that has become synonymous with road trips.

The full routes for each of the brands trips can be found here, each with their own interactive map that provides further details on the recommended stops and destinations – although it seems Sat Nav is king when it comes to following a route with 56% of respondents suggesting they would take sat navs, compared to only a third who said they would pack a map.

As part of their research Chums have provided an average per night cost for a hotel at each of their chosen locations.

Each of the routes start in a different part of the country, depending on both the theme and the recommended itinerary.

According to Chums this was done to make the different recommendations more accessible and feel less intimidating than one singular route – however the more adventurous can link multiple routes into one trip.

The starting destinations for each of the routes are Liverpool, Duddon Valley in Cumbria, St Ives,  Durdle Door in Dorset and the Scottish hamlet of  Aldochlay respectively.

And for those struggling with what to pack for their prospective trip, Chums have put together a handy guide on the wardrobe essentials for tackling Route 66+.

According to the survey the top five  essential items for any road trip were:

Chums provides comfortable and stylish clothing and footwear and a wide collection of homeware that appeal to the 65+ UK market. The company is based in the Knowsley Business Park, Merseyside and continues to be a privately run family business. Find out more info at chums.co.uk

Average fuel prices were calculated using an average price per litre of 170.4p (UK average as of w/c Aug 22nd) and a 55mpg petrol car.

Planning A Journey To Japan? 20 Essential Journey Ideas For 2020